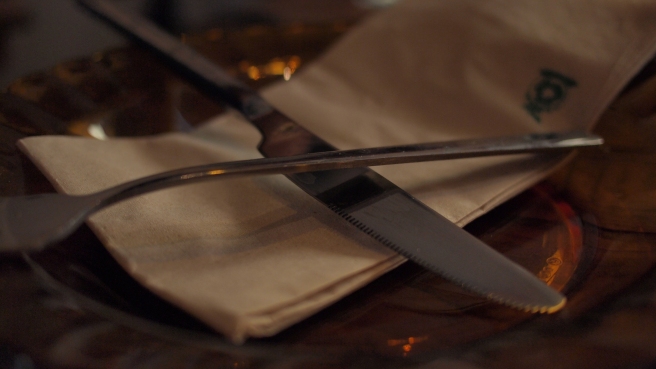 At my dinner table…

Out of all your ancestors who would you most like to share a meal with?   I would like to sit down with my 16 great great grandparents as they seem to be a fascinating lot. All 8 couples were born in different parts of the U.K. and the world. There is a lot I know about them but even more I haven’t yet discovered.

I imagine the conversation among these 16 dinner guests would be lively. The coal miners at the table, William Thomas from St. Agnes, Cornwall, John Bruce from Edinburgh, Scotland, David Bellis from Holywell, Wales and Richard Wilson, from County Durham, would no doubt have much to say about mining and wages and working conditions.

Perhaps sitting in one corner of the table the two Germans, Helena Schmidt and George Eberhard, might have been chatting about where in Germany they were from (information I would like to have!) and what brought them to their current homes. Helena Schmidt Davis was living in England by 1877 and George Eberhard, an engineer, had made the very long journey to the Cape Province, South Africa, sometime before 1880.

John Hayes and Bridget Dillon Hayes would be the only Irish folk at the table, and John, the only military man at the gathering. He had been a tailor before joining the British Army in Belfast, Ireland at the age of 18. He had been posted to Tullamore, King’s County, Ireland where he met and married Bridget in 1882. His military service would take him to Jamaica where their first child would be born, and then on to South Africa. John Hayes and George Eberhard, despite likely language barriers, may have been able to talk about their trip to South Africa and what life was like there.

John Kewn and Jane Gell Kewn were from the Isle of Man. John was a very successful builder with his own business. Financially, he would probably be the most well off at the table.  Joshua Davis, finding himself seated next to the successful John Kewn, may have been rather quiet. Joshua himself came from a very well to do family, but was considered to be almost the black sheep of the family. He was a plumber by trade, while the rest of his brothers worked in the thriving family business of being railway carriage owners.

The ladies at the table would of course, find plenty to talk about as ladies often do.  Susan Bastian had been married at age 17 to William Thomas, and they had seven children. Many of the women at the table were coal miner’s wives and some had worked at the mines themselves.  By 1842, it was illegal for women to work below ground so Susan and her children worked above ground sorting coal. Christina McIntosh, born in South Africa to Scottish parents, operated a store in the front room of her home and Bridget Dillon Hayes was a school teacher. The other wives all worked in the home, taking care of their husbands and children. The eight couples had 58 children between them, of which only four died in infancy. That is quite a feat considering infant mortality rates in the mid-1800s.

I love prompts that get you thinking about your ancestors!  Week 4’s prompt for the 52 Ancestors in 52 Weeks challenge from Amy Johnson Crow is ‘Invite to dinner’.

3 thoughts on “Sharing a Meal with my 16 Great Great Grandparents.”