In the Parish Chest – Churchwarden and Poor Rate Records is the fourth and final post of the In the Parish Chest series. The other posts discussed Bastardy Bonds, Settlement Certificates, Examinations and Removal Orders and Apprenticeship records.

As early as 1572, Overseers of the Poor were appointed in each parish in England. Their job consisted of caring for the poor and keeping an account of the relief given. The Poor Law Act of 1601 gave Overseers the right to collect a poor rate from members of the parish who were considered wealthy and to disburse those funds to those needing help.

Churchwardens were expected to present any wrongdoings in the parish to the local magistrate or bishop. This would include such things as drunkenness, failure to provide for the poor or to attend church.  Those serving as Churchwardens and Overseers of the Poor are mentioned by name in the records.

By 1834, when the Poor Law Amendment Act came into being, parishes were grouped into Unions. A Board of Guardians was elected and were responsible for the care of the poor across all the individual parishes.  It is through these Poor Laws that our ancestors received help. Often money would be given out but the relief also consisted of providing food, clothing and work.

Who will you find named in the Churchwarden/Poor Rate Records?

Thomas Pearce and William Brior were Overseers of the Poor in the parish of Helland, Cornwall in the year 1766 to 1767.  The page below shows an account of what was paid out that year. Included among the items like a pair of shoes or meat are the names of some members of the parish who received help.

Overseers of the Poor – Grampound, Cornwall.3

If a person wanted to improve their property in a way which may affect the town or parish, there would have to be an agreement made between them and the Overseers of the parish. In the document below, Mr. Nicholls and Mr. Michael Croggon, Overseer of the Parish of Grampound, Cornwall, have come to an agreement regarding Mr. Nicholls request to build a drain that would go from his dwelling across town property to another garden. The request is approved subject to Mr. Nicholls paying sixpence annually to the Overseers and keeping the drain free of “any annoyance whatsoever on the property of the Town, in default of which refusal or neglect of payment of the annual sum…the drain shall and will be subject to be torn up or otherwise destroyed.” If Mr. Nicholls was your ancestor you have just been given a glimpse into his life!

On 6 October 1801, John Mordy of Saint Peter of Mancroft paid twelve pounds to the Poor Law Union, being his responsibility for the “female bastard child” of Susanna Baxter. He had previously been charged with a Bastardy Bond and this is the record of him settling that responsibility.4 More information on Bastardy Bonds can be found here.

On the same day, the Mayor’s request for an arrest warrant for John Malster was granted. John had left his wife and family without support and they were now relying on the parish.5

Orders for placing young boys in apprenticeships were common in these Poor Law records. Below, James Berry, 14-years old, was being apprenticed to Richard Cropley, a cordwainer, until he reached the age of 21. More on apprenticeship records can be found here.6

Details of daily life are reflected in the Poor Law records. Most of these records are not indexed so it helps to have an idea of which parish your ancestor lived in. However, even if you don’t know exactly where they may have lived, reading through the Poor Law records of any parish will give you valuable insight into what life was like in the parishes of England during this time period.

12 thoughts on “In the Parish Chest: Churchwarden & Poor Rate Records” 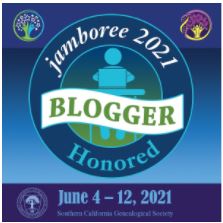